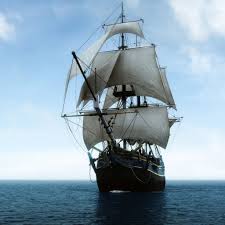 the Seven Seas. It all started with Sir Reginald "Revie" Devie who ruled in a castle on the Sixth Sea, Sir Reginald decided that being a rich lord was boring, and so he took his finest men and his finest ship and took to life as a pirate. His moral code was that of he took from the rich, gave to the poor and then gave the rest to himself. Then, when the poor and the rich changed places, he took from the once poor and gave the money back to the once rich. Through the generations of Devies they have carried on his tradition of pirating on the ship The Richman's Revenge all the way down to the ship's current captain, Stevie Devie.

Retrieved from "https://devie.fandom.com/wiki/Devies?oldid=4136"
Community content is available under CC-BY-SA unless otherwise noted.