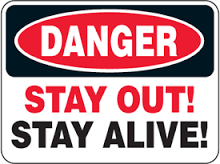 The Fifth Sea, to be kind, is a horrible, horrible place. Why any stupid bastard would even consider digging a canal from the Fourth Sea is beyond me. But, in the interest of factuality, I must explain. Many years ago no one knew of the Fifth's existance, it wasn't until James Q. Jackson launched his famous expedition called the Boom and Break, it was only intended to test the capacity of a new explosive but instead it opened up the Jackson Canal. Once the Fifth Sea was discovered, many adventurous captains set their sights on claiming this new sea's treasures, not knowing of the peril that awaited. As soon as the first ship, The Running Baboon, arrived on land, its crew was set upon by vicious Manshes. The crew was killed along with the crews of many other vessals that landed on the shores of other islands. The Sea was then blocked off by the Seven Seas Sentinels and without proper permits no one is allowed in. At a later time, Dickory Johnson the Sixteenth discovered the passage to the Seventh Sea and proved it existed.
Retrieved from "https://devie.fandom.com/wiki/Sea_5?oldid=4118"
Community content is available under CC-BY-SA unless otherwise noted.