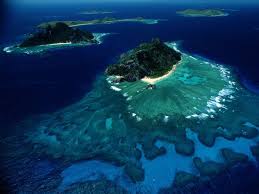 The Seventh Sea, or the "Lost Sea" as it was once called, is not such a nice place. Not many people are aware of how one gets to the Seventh Sea and it is not my place to disclose such information, but I can say it is somewhere at the bottom of the Fifth Sea. There are a great many islands in the Seventh Sea, each of which is inhabited by wizards or something of that ilk. Most of the wizards are quite bad people, but there are a few good ones such as the Spirit Sharma. The two most important features of the Seventh Sea are the prison for THE Dragon, who was freed by Old Dicky and now roams the Seventh Sea, and the Terminal of Life and Death.
Retrieved from "https://devie.fandom.com/wiki/Sea_7?oldid=4122"
Community content is available under CC-BY-SA unless otherwise noted.