Once called the Johnson Fortress, the Tusken Fortress is made up of a collection of islands in Sea Three 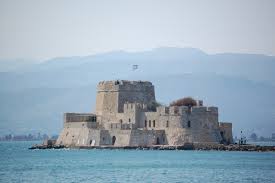 connected by bridges and other such methods of crossings. Inside the Tusken Fortress, the walruses eat, sleep and plan. It is their stronghold that once belonged to the Johnsons before Dickory Johnson the Fifth lost it after leaving all his money to food and drink instead of on guards. After the First Johnson Massacre, the walruses quickly took over all of the Tusken Fortress and systematically changed over the fortress into their own super base. No one is quite sure how the walruses actually live in the base as it was built for humans but it seems to work.

Retrieved from "https://devie.fandom.com/wiki/The_Tusken_Fortress?oldid=4132"
Community content is available under CC-BY-SA unless otherwise noted.